Home > News > What is Distillation?

It is well known that distillation is the process of separating components or substances from a liquid mixture by using selective boiling and condensation. Distillation can result in substantially complete separation (almost pure components), or the partial separation effect can increase the concentration of selected components in the mixture.

In either case, the process takes advantage of the difference in volatility of the components of the mixture. In industrial chemistry, distillation is actually a unit operation of universal importance, but it is a physical separation process, not a chemical reaction.

Heating the liquid to boiling, turning the liquid into vapor, and then cooling the vapor to condense into a liquid. The combined operation of these two processes is called distillation.

Under certain pressure, the liquid mixture is heated in the distillation kettle. When it is heated to a certain temperature, the liquid begins to vaporize. The generated steam is immediately drawn out and continues to be heated. The steam is continuously formed and drawn out, and it is condensed and cooled into a liquid. The distillate with different composition ranges is introduced into different containers for storage. This operation is called a simple distillation.

Scope of application: only suitable for small rough separation or as preliminary processing. 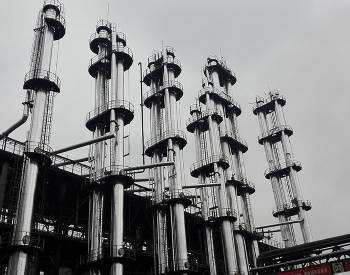 In continuous distillation, by carefully replenishing the feedstock and removing distillates from the vapor and liquid in the system, the feedstock, vapor, and distillate maintain a constant composition.

This leads to more detailed control of the separation process.

The whole pot is generally made of copper. There are four reasons: one is that copper has good thermal conductivity, and the other is good acid resistance; the third is to act as a catalyst to promote the synthesis of aromatic substances; the fourth is to make butyric acid and hexanoic acid form insoluble copper salts Precipitation, reducing the acidity of the liquor after distillation.