What are the Properties and Stability of Methyl Methacrylate?

It is colorless and volatile liquid with strong spicy taste and flammable. Solubility: soluble in many organic solvents such as ethanol, ether, acetone, etc., slightly soluble in ethylene glycol and water

It is flammable, stable, and easy to polymerize in the presence of light, heat, ionizing radiation and catalysts.

It is explosive when mixed with air, and flammable when exposed to open flames, high temperatures, and oxidants; burning produces irritating smoke and chemically reacts with oxidants and acids. It should not be stored for a long time to prevent polymerization. 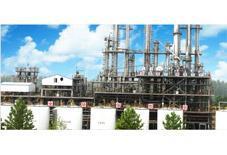 1. It is volatile, flammable, and forms an explosive mixture with air. It is soluble in various organic solvents such as ethanol, ether, acetone, and slightly soluble in ethylene glycol and water. It is easy to polymerize by light, heat and catalysis, and can also be copolymerized with other monomers. Due to the presence of double bonds and carboxylic acid groups, it is also easy to undergo addition, halogenation, and nucleophilic substitution nucleophilic transesterification reactions. Easy to aggregate. Usually 10-5 hydroquinone monomethyl ether is added as a polymerization inhibitor.

2. This product is less toxic. Rat oral LD50 is 9400mg/kg. The lethal concentration of inhalation is Lc5015.33g/m3, and the maximum allowable concentration for operation is 410mg/m3. But its olfactory threshold is 130~250mg/m3, and its strong odor is already unbearable before its concentration has reached toxicity. Human skin contact with methyl methacrylate, only a very small number of people will develop a rash.

3. As the raw material sodium cyanide and intermediate hydrogen cyanide for the production of methyl methacrylate are highly toxic, the production device must strictly ensure that the equipment is closed and well ventilated. The operator should have strict protective measures and be equipped with necessary protective equipment . If poisoning is found, it should be immediately moved to a place with fresh air for immediate rescue.

Our company provides Methyl Methacrylate Production, welcome to contact us.