Home > News > What is the Application of Titanium Dioxide in the Industrial Field?

What is the Application of Titanium Dioxide in the Industrial Field? 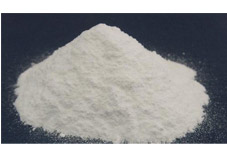 In order to lighten the color of plastic and soften the luster of rayon, titanium dioxide is sometimes added.

In the rubber industry, titanium dioxide is also used as a filler for white rubber.

The photochemical properties of semiconductor titanium dioxide have made it useful in many fields, such as the purification of air, water and fluids. Photocatalysts doped with carbon or other heteroatoms can also be used in sealed spaces or areas with scattering light sources. When used in coatings on buildings, pedestrian slabs, concrete walls or roof tiles, they can significantly increase the decomposition of air pollutants such as nitrogen oxides, aromatics and aldehydes.

In addition, it is widely used in the production of sunscreen, which is non-toxic and harmless to the human body.

Our company also has Titanium Dioxide on sale, welcome to contact us.