As a Hydrogen Peroxide Production Plant, there is some information to share with you. Hydrogen peroxide, chemical formula H2O2. Pure hydrogen peroxide is a light blue viscous liquid that is miscible with water in any proportion. It is a strong oxidant. The aqueous solution is commonly called hydrogen peroxide and is a colorless transparent liquid. Its aqueous solution is suitable for medical wound disinfection and environmental disinfection and food disinfection. Under normal circumstances, it will slowly decompose into water and oxygen, but the decomposition rate is extremely slow, and the speed of the reaction is accelerated by adding a catalyst such as manganese dioxide or the like, or irradiating with short-wave radiation. Oxidation and reduction in different cases. Used for photographic decontaminants; color positive blue thinning; film over-scale thinning. Very easy to break down, not easy to live for a long time. 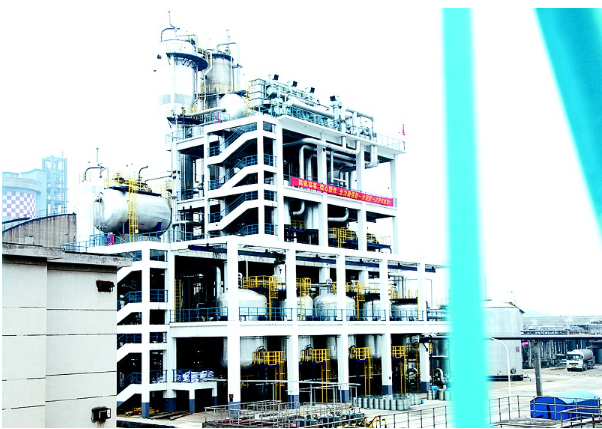 Alkaline hydrogen peroxide production method: a krypton-containing air electrode for producing alkaline hydrogen peroxide, characterized in that each pair of electrodes is composed of an anode plate, a plastic mesh, a cation membrane and a krypton-containing air cathode, at the upper and lower ends of the electrode working area There is a distribution chamber for entering the fluid and a collection chamber for discharging the fluid, and an orifice is arranged at the fluid inlet, and the multi-component electrode adopts a limited dipole series connection method to lengthen the plastic soft for the anode to circulate the alkali water into and out. After the tube is connected to the liquid collecting manifold, the multi-component electrode group is assembled by the unit plate. Our company can also carry Fixed Bed Hydrogen Peroxide Processes.

Phosphoric acid neutralization method: characterized in that it is prepared from an aqueous solution of sodium peroxide by the following steps:

(1) The sodium hydroxide solution is neutralized to a pH of 8.0 to 8.7 with phosphoric acid or sodium dihydrogen phosphate NaH2PO4 to form an aqueous solution of NaH2PO4 and H2O2.

(5) The steam containing H2O2 and H2O is subjected to fractional distillation under reduced pressure to obtain about 30% H2O2 product.