POM is a thermoplastic material also known as acetal. It is a molecule that contains a carbon functional group bonded to two -OR groups.POM was first discovered by German chemist Hermann Staudinger, who won the Nobel Prize in Chemistry in 1953. He studied it in the 1920s but found it to be thermally unstable. DuPont synthesized a version and applied for patent protection for homopolymers, listing RN MacDonald as the inventor. 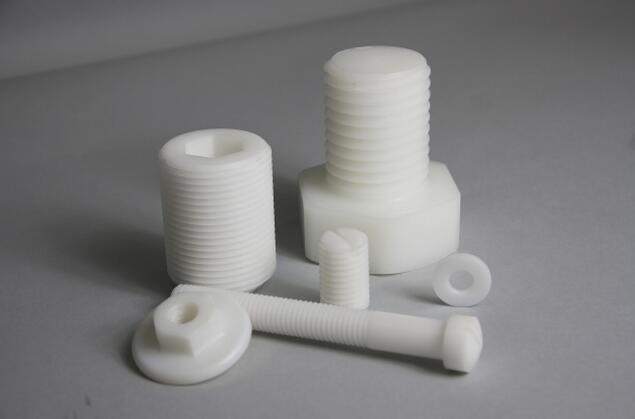 This material had the same problems as Staudinger's POM because it was also thermally unstable and therefore not commercially available. dal Nagore eventually discovered a thermally stable homopolymer of POM. He realized that by reacting the hemiacetal terminus with acetic anhydride, he could easily depolymerize the hemiacetal into a thermoplastic that was thermally stable and melt processable. in 1960, DuPont established a manufacturing plant to produce its homopolymer version of POM, Delrin®, and that same year Celanese completed its research on copolymers and began producing Celcon® in 1962. Other manufacturers have adopted their own versions of these materials.

Paraformaldehyde has the following properties.

It is important to note the different manufacturing processes used to produce the homopolymer and copolymer versions of POM. In order to manufacture the homopolymer, anhydrous formaldehyde must first be manufactured. The formaldehyde is then polymerized by anion-catalyzed polymerization and the resulting polymer is stabilized by reaction with acetic anhydride. The water produced must be removed from the reaction. The homopolymer has excellent creep resistance. DuPont's Delrin® is typically manufactured in this manner. However, copolymers of POM require the conversion of formaldehyde to trioxane, which can be accomplished by acid catalysis, and then the trioxane is purified by distillation or extraction to remove water and other hydrogen-containing reactive impurities. Celanese makes a copolymer called Celcon, while other companies make it under their own brand names.

How Pom is shaped

POM is supplied in pellet form and can be molded into desired shapes by heating and pressurizing. It can also be extruded into rectangular or round rods that can be used for processing.POM is very, very difficult to bond. Solvent welding of acetal polymers is usually unsuccessful because of the material's excellent solvent resistance. However, heat welding has been used successfully for homopolymers and copolymers.

POM is an engineering material used for parts that require precision. applications for POM include high performance parts such as gears and fasteners (screws, nuts, washers, gaskets, etc.). It is also used in other applications such as ski bindings, yo-yos, electronic cigarettes, watch bracelets, zippers, insulin pens, and metered dose inhalers. It is used in plectrums and musical instruments for mouthpieces, in the food industry for applications such as milk pumps and coffee taps, and as a solvent for perfumes and synthetic flavoring ingredients.

For guidance in selecting materials for your application, please contact us.