Home > News > What Are the Uses of Methyl Acetate?

What Are the Uses of Methyl Acetate?

Methyl acetate, also known as MeOAc, acetic acid methyl ester or methyl ethanoate, is a carboxylate ester with the formula CH3COOCH3, is a clear, colorless liquid with a fruity, sweet smell. It is a versatile chemical that has a number of different uses. It is a flammable liquid with a characteristically pleasant smell reminiscent of some glues and nail polish removers. Methyl acetate is occasionally used as a solvent, being weakly polar and lipophilic, but its close relative ethyl acetate is a more common solvent being less toxic and less soluble in water. Methyl acetate has a solubility of 25% in water at room temperature. At elevated temperature its solubility in water is much higher. 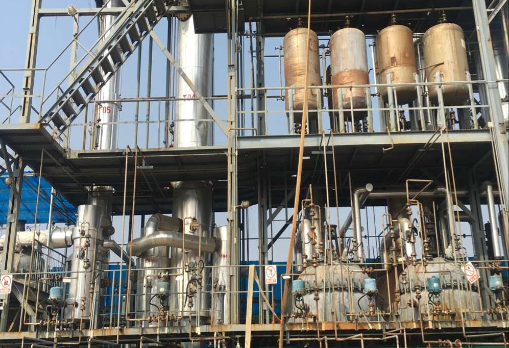 One of the most common uses of methyl acetate is as a solvent. It is a good solvent for many plastics, resins, and cellulose esters, and is often used as a replacement for other, more toxic solvents such as acetone and methyl ethyl ketone (MEK). Methyl acetate is also used in the production of paints, coatings, and adhesives, as it is able to dissolve a wide range of polymers and resins.

Methyl acetate is also used as a flavor and fragrance ingredient in a variety of products, including food, beverages, personal care products, and household cleaning products. It is often used to impart a fruity, sweet aroma, and is often used in conjunction with other flavors and fragrances to create complex, multi-faceted aromas.

In the pharmaceutical industry, methyl acetate is used as an excipient, which is a substance that is used to hold the active ingredients of a medication together. It is often used in the production of tablets and capsules, and is also used in the formulation of topical creams and ointments.

Other potential uses for methyl acetate include its use as a fuel additive and as a feedstock for the production of chemicals such as acetic anhydride and esters. It has also been suggested as a possible replacement for ozone-depleting refrigerants such as chlorofluorocarbons (CFCs) and hydrochlorofluorocarbons (HCFCs).

Overall, methyl acetate is a useful and versatile chemical with a wide range of applications in a variety of industries, including the pharmaceutical, chemical, and consumer products industries. It is a relatively safe and non-toxic chemical, and is often used as a replacement for more hazardous solvents and chemicals.

Hubei Sanli Fengxiang Technology Co., Ltd(SL Tec) is a technology company specialized in providing EPC contracting service and the import & export of chemical plants. If you want to know more information about methyl acetate, please contact us. We will provide professional answers.